Mars known as “Mangal” in astrology. Good Mars is known as Mangal (NEK) & Afflicted Mangal known as Mangal (Bad) in LALKITAB.  Mars is an important planet in astrology as it rules over many important factors as well as Mars has a strong influence on everyone’s life. Mars represents red colour, Friend, Brother, Blood, Military, Weapon, Honey, fighter, Police, athlete, energy, strength, courage of a person, coral, Neem tree, Sweets, Mahout etc. Mars also responsible for day to day income and marital life of a person. Mars native is extremely determined and ambitious. Mars represents life partner and the relationship with the partner.

Mars is the ruler of Aries and Scorpio. Lord Hanumanji is the deity of Mars. Sun, Moon, Jupiter are the friends of Mars and Mercury, Ketu are enemies. If mars placed in the house of Mercury or Ketu give malefic effects to the native. According to LALKITAB, conjunction of Sun- Budh gives good effect of Mars whereas Sun- Saturn conjunction produces bad mars effects & results on native’s life.

Mars give very bad effect with Venus.If Mars and Ketu placed in the same house then native may suffer with many problems and he/she gets angry even for small reasons. If Mars is giving bad effects then native should feed dogs with sweet breads. Native may suffer with blood related health issues, Sugar etc. To overcome this LALKITAB suggest a Jupiter related remedy as Jupiter is the friend of both (MARS, Ketu) so performing remedy shall provide positive effect.

If Mars is well placed in the 3rd house and native donate sweets then mars will lose the power and produce negative effects. According to LALKITAB, donations/offering is very important, according to individual chart, because if you donate something related to such plant which is exalted or well placed in your horoscope then you will receive bad effect Similarly, if you get/receive things from anyone of such planets those are debilitated or badly placed in your horoscope then it will also give you bad effect. One should always donate/offer things after having correct knowledge of it to avoid bad effects.

If mars placed in 8th house of the birth chart and giving bad effects, then native should fill a pot with honey and bury in deserted places. This will reduce the problem and also the bad effects of Mars.

These are the few Remedies based on LALKITAB.

Mars effects on Marital life and the Remedies.

MANGLIK DOSH – If mars placed in 1st, 4th, 7th, 8th or 12th house, and so it is considered as MANGLIK. If any native (girl/boy) horoscope has similar position then it is known as Mangal Dosh.

If native Manglik then native marital, family life shall be disturbed. Such native gets angry easily and become restless. Native suffer up to his 28th year. Sometimes Mars can create difficulty in relationships, financial instability etc.

According to LALKITAB there are some simple remedies for MARS to remove the evil effects of it. One can follow below remedies to overcome in such cases.

You can do below remedy which is very effective to reduce mars bad effects.

To know your planetary position you can order your peronalized horoscope from us. 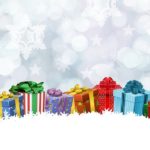 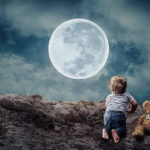 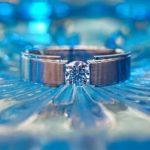