GAYA is one of the important pilgrimages in INDIA, it is famous for TARPAN, SHRADDH and PINDDAAN according to VEDAS AND GARUD PURAN. PITRUPAKSH MELA held in every BHADRAPAD CHATURDASHI to ASHWINPAKSHA AMAVASYA at GAYAJI for 17 days.

On this occasion lots of pilgrims visit to Gaya from all over the world for SHRADDH, TARPAN and PIND-DAAN, it is believed that if a son performed SHRADDH in GAYAJI for his father he will be free from PITRA-RIN also his forefathers get SALVATION (MUKTI). They get free from pretyoni and due to their blessings performer received stability, prosperity along with over all happiness.

In history believed that, there were 365 VEDIS where HINDU pilgrims used to perform PIND-DAAN every day. During that time there were no boundation for a time hence pilgrims use to perform SHRADDH and PINDAAN with full of concentration for 17 days or more.

According to tradition Shraddh karma performed by GayaJi Pandas only, without their help or presence SHRADDH KARMA cannot be done.

According to Puranas, Vedas out of 84 Lakhs birth (YONIS) Manav Yoni is most important. When the soul takes birth in Manav Yoni, he’s aiming to get salvation.

It is written in the Vedas that if a person not performed any better KARMAS in his life, he will not achieve salvation after death. That is the reason when mahatma bhagirth brought MATA GANGAJI on earth, which helped the reclamation of 60,000 thousands sons (putra) of Sagar (SEA).

Bhgirath saved Sagar putras and the obliged accepted by Brahama Ji but still Brahama Ji told Mahatma Bhagirath to perform TARPAN (offering water) for his forefathers with holy water of Ganga Ji to receive fruit and significance of the karmas.

According to our religion we should offer a TARPAN to our forefathers. Every soul wish their son/progeny should perform TARPAN, PIND-DAAN for them to achieve salvation.

SHRADDH is one of the important NITYA KARMA also it is similar to Vedic Pujas. The karmas performed with full of dedication and concentration thus named it as SHRADDH in our Vedas.

According to Vishnu Puran during the SHRADDHA paksha, one should offer food, clothes to Brahmins with full of dedication. If a person unable to feed Brahmins due to finance or any problem he can donate grains, dakshina to brahmin. If one is unable to do both the things then he can feed cows to complete the SHARADDH with full of faith and dedication. 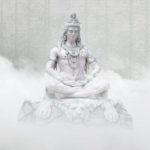 Importance of Worship and Karma 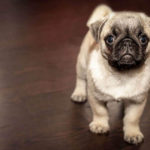 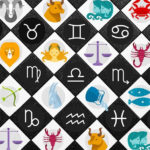 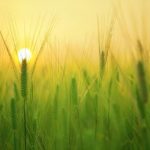