BIGBASH 2017 SCHEDULE AND PREDICTIONS BY ASTROKEY

BIGBASH 2017 SCHEDULE AND PREDICTIONS BY ASTROKEY

Bigbash League 2017 – The Australian T20 Domestic league will be starting from 19th Dec and will end on 4th Feb 2018. Bigbash is another popular T20 domestic league, which also known as BBL and its sponsored by KFC. BBL 2017-18 is the Seventh season of Bigbash League. Total an eight teams participate every year. And the same teams are going to play the BBL07 season. Adelaide Strikers, Brisbane Heat, Hobart Hurricanes, Melbourne Renegades, Melbourne Stars, Perth Scorchers, Sydney Sixers, Sydney Thunder are the teams .

BBL07 will be played on twelve venues which are Adelaide, Alice Springs, Brisbane, Canberra,Melbourne, Perth, Sydney, Sydney (Cricket ground),  Geelong, Hobart, Launceston, Melbourne. Total 43 matches will be played including two Semi Finals and Final. BBL07 also has a combination of foreigner players in each team.This is the most interesting part of any T20 series where the other countries players play for the domestic teams just like an IPL, which definitely makes the series popular in many countries as the people love to watch their favorite cricketer to play for another country. BBL has so many young, talented players just like an IPL and every year some new Australian young cricket players do get an opportunity to show their talent to the cricket world.

If you are cricket lover or T20 cricket Lover then surely you will never want to miss this T20 event. We do observe all the cricket leagues with great astrology research and our cricket astrology predictions will help you to get through. Perth Scorchers won The BBL06, who defeated the Sydney Sixers by 9 wickets in the Final and 3rd time they have won the BBL season. We have predicted past seasons of BBL with 80-90% Accuracy, the results and accuracy along with JACKPOT prediction already provided on our website. 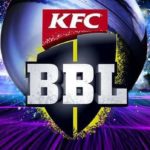 BBL 09 Predictions and Schedule by Astrokey 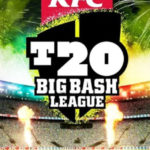 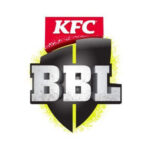 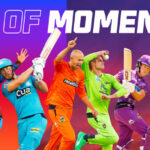