Momentum One Day Cup – This is fifty over/One day domestic competition in South Africa. Total 6 teams participate in this contest every year. We have predicted 2014, 2015 series with the accuracy of 85% – 90%. This year Momentum One day cup has been scheduled to start on 17th Feb 2017-2nd Apr 2017. The final match of the series will be played on 2nd Apr 2017. We will be predicting Momentum Cup 2017 series also if you want to subscribe you can join us for more information you can contact us.

Ramslam T20 Challege – This is Twenty20 domestic competition in South Africa. This league has now known as CSA T20 Challenge as the sponsor of this league has changed. We have predicted 2014, 2015 & 2016 seasons with the accuracy between 80% – 95%. The final title won by the Titans as per our Astro power prediction.

Below are the details of accuracy of CSA T20 Challenge 2016. 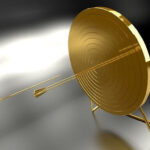 For Football and other Cricket predictions you can call us.

ASTROKEY INFO All Rights Reserved. ASTROKEY® is a registered trademark.